San Francisco’s independent Volvo repair shop.  And other cars too.

We’ll pick up your car — you stay at home!

We’ll come pick up your car, make the repairs you authorize — DISINFECT your car — and then drive it back to you.

And it’s free. Due to its popularity, please allow 1-2 days for this service. Make your appointment below, now.

Volvo specialists. And other cars too.

Many loyal customers asked us to work on their other, non-Volvo car, so we’ve added this service.

Our ASE-certified master technicians Lawrence, EJ, and Samson loved the idea of adding variety to their job.
We applaud their enthusiasm and know their decades of experience prepare them for any mechanical conundrum.

What People Say About Us

Straightforward, truthful, thoughtful communication every single time.  Top-notch work.  Popular Mechanix should be the model for how business is done.

I had a great experience with Popular Mechanix. When I picked up my car, it was all fixed up and ready to roll (which was expected, and should be of any shop), however, the customer service was top notch. After I dropped off my Volvo, I received a text from Andrew within a day. Throughout the whole process, they were transparent about pricing & timing. Great service, would recommend!

I am excited to see that they are expanding beyond Volvo.  They’ll look after my Audi as soon as the free dealer maintenance is over!

I’ve been going to Andy for years. He’s pragmatic and will never up-sell you on service you don’t need.  He finds a way with every service to go above and beyond – washing the car, fixing something small without charging me.  Also, his shop is one of the few that you could eat off the floors it’s always so clean.  He works on other cars aside from Volvo and if I had one, I’d take it there too!

I get my maintenance done there religiously and have not been disappointed.  They wash the car after each service and are always done on time.  Couldn’t ask for more!

Beware!  They are more meticulous about your car than you!  I originally brought my 2007 Volvo S60R, since they billed themselves as Volvo specialists, and was very satisfied with their work.  Then I brought my 1990 Audi 90 to see if they could get the engine running smoothly.  Now it runs like a charm, something no other shop or even the Audi dealer could do in more than 10 years.  (One German specialist shop even declined the work because my car was “too old.”)  It turns out the best mechanic for my Audi is my Volvo shop!  Very good with communications to keep you updated, and very accommodating.

As usual a perfect result—solving impossible problems promptly and with incredible skill.

Thank you to Andrew, Samson and the team for taking a look at my car quickly, providing text updates and getting the job done!  Appreciate their communicating everything very clearly.

Andy and his crew always take fantastic care of my Volvo XC 90.  Now, in these scary times [April 2020 pandemic] they went one step further by coming to my house to pick up, and then dropping my car off when the service was finished.  They also thoroughly disinfected my car to help keep me and my family safe from the coronavirus. Wow.

Popular Mechanix cares about the environment.

Americans spill 180 million gallons of used oil into waterways each year — 16x the amount of oil spilled in Alaska by the Exxon Valdez!

Popular Mechanix does everything possible to protect and preserve our environment by properly disposing of used oil products, recycling and selling used car parts, and offering used cars for sale.  You can help protect our ecosystems from automotive waste by making sure your car doesn’t have leaks that run into the street to drain into sewers, and waterways.

Leaks can come from a variety of sources in your Volvo.  If you detect one, often a puddle under your car, call us.  You’ll ensuring the safe, efficient operation of your car — and protect our precious, fragile environment.  Or call us, and we’ll check for you! 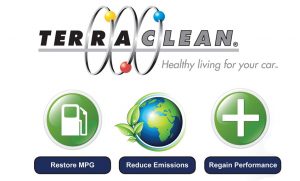 Terraclean decarbonizes — removes carbon deposits from — the entire fuel system, including the oxygen sensors, using chemicals safe for the user, vehicle, and environment.

Different from treatments using detergents or solvents, which emit emissions after the cleaning. Terraclean’s technology does what it claims; it’s the only decarbonizing treatment of its kind that absolutely works.

A Team with Expertise and Experience

Andy attended Carnegie-Mellon University where he studied Computer Science. His first love has always been cars so instead of finishing his degree, he dropped out to pursue his hands on, ”Doctor of Motors,” which lead to the establishment of Popular Mechanix in 1983 and its many satisfied customers. In his spare time, Andy and his wife Karen, bike ride, attend Comic Book Conventions and are active members of the Yoga Society of San Francisco on Folsom Street.

Lawrence is Popular Mechanix’s ace diagnostician. When your car has a problem, Lawrence can always figure out what’s what.  He’s worked for Popular Mechanix for 14 of its 37 years — was in fact hired just after completing auto mechanical training at the Sequoia Institute in Fremont, California.  He then went on to complete his ASE Masters Certification.  He values the flexibility and variety of the job, the people he works with at Popular Mechanix, and serving the community with a basic, if often technical, essential service.

Samson Kwong attended San Jose State University to pursue a BS degree in Computer Engineering — which turned out to be an ideal background for modern automotive repair. Then it was natural to attend Wyotech for Automotive Theories and Concepts to enter the field of automotive repair and earned his ASE Master Technician certification.
In his free time, Samson fabricates and modifies his “24hr Lemons” and modern race cars in his garage — or racing himself at Laguna Seca or Sonoma Raceway.

EJ says his nickname stands for “energetic and joyful” and that’s the truth. A mechanic since 1969, EJ has been with Popular Mechanix for 5 years. He’s a factory-trained Saab technician who has specialized in Volvos for the past 10 years. He cut his teeth in Cleveland, Ohio working on BMW’s, Mercedes, Saabs and Volvos before moving to California in 80s. He’s a jack-of-all-trades and can fix anything. In his spare time, he races cars, restores “old iron” and Victorian houses, creates beautiful stained glass and gardens. He loves Popular Mechanix’s atmosphere —its people, attitude and customers.

After retiring from a 23-year career in public transit, Jon joined Popular Mechanix in 2000 to help Andy manage Popular Mechanix after his accident. Jon has a B.S. in bacteriology from Syracuse University and a Certificate in Computer Science from UC Berkeley. Like Andy, he has always loved diagnosing and fixing car problems. He spends his hours away from Popular Mechanix with his wife Anne and children Matthew 18 and Sophia 12. His hobbies include origami, yoga, hiking, biking and camping.

Chapter One
In 1981, Popular Mechanix founder and owner Andy Gescheidt opened a Volvo specialty repair shop with the spiffy name, Million Mile Motors, in San Francisco’s South of Market neighborhood between 9th and 10th Streets, and between Folsom and Howard.  “We fixed anything that rolled,” Andy recalls. “We shared the building with another repair shop called Perpetual Motors. But neither shop was destined to continue.  In 1983, the San Francisco Fire Department condemned our unreinforced masonry building and both auto repair shops found themselves homeless.”

Chapter Two
Andy established Popular Mechanix in 1983 by joining forces with Perpetual Motors owner Ed Wolf, together specializing in Volvos.  They became partners, with their new business name in the same building on 14th Street in San Francisco’s Mission District it occupies today — over 35 years later!  Andy became sole owner in 1992. One of Andy’s very first customers, Peter Rothe, helped Andy start Popular Mechanix through its predecessor Million Mile Motors with a $500 loan as working capital.  (Oh, back in the day…) Peter has since owned five Volvos and remains a loyal customer to this day!

Chapter Three
In 1998, Andy was the victim of a freak accident, which almost took his life and shut down Popular Mechanix.  A trolley pole from an electric San Francisco Muni bus de-wired, fell toward the sidewalk — and struck Andy in the back of the head as he was walking along a Market Street sidewalk, minding his own business on a Saturday afternoon. He was knocked down to the sidewalk, unconscious, fracturing his skull. He was in a coma for a month and fought for his life. But live he did, and has since made a miraculous recovery.

Chapter Four
Andy’s been back at work full-time for over two decades — loving and appreciating every minute of his new lease on life, with renewed passion for his work.  When he says it is a pleasure to see you and to serve you, he means it in a sincere and profound way most people can’t imagine!  He wants to credit his recovery in large part to Dr. Claudia Osborne whose book, Over My Head, about her own brain injury suffered in a car accident, helped his recovery immeasurably.

Yes – we have parakeets at the shop…  come on in and say hello!

MAKE AN APPOINTMENT OR CALL US 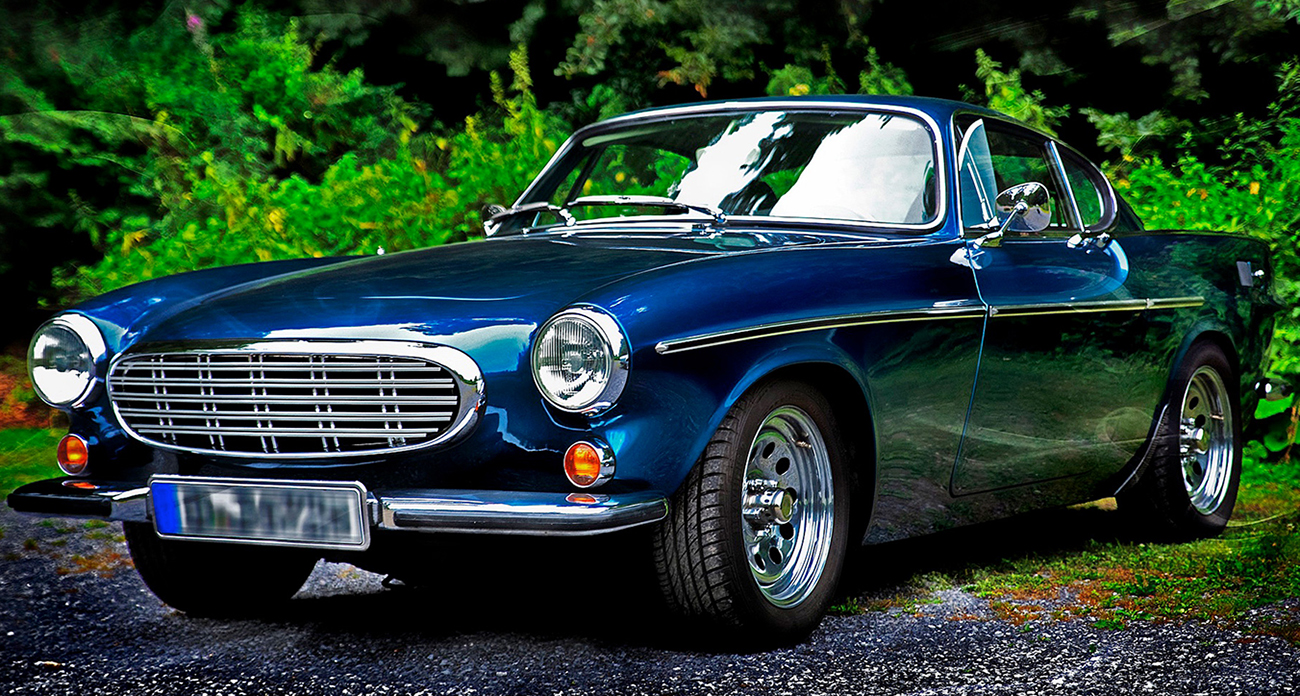 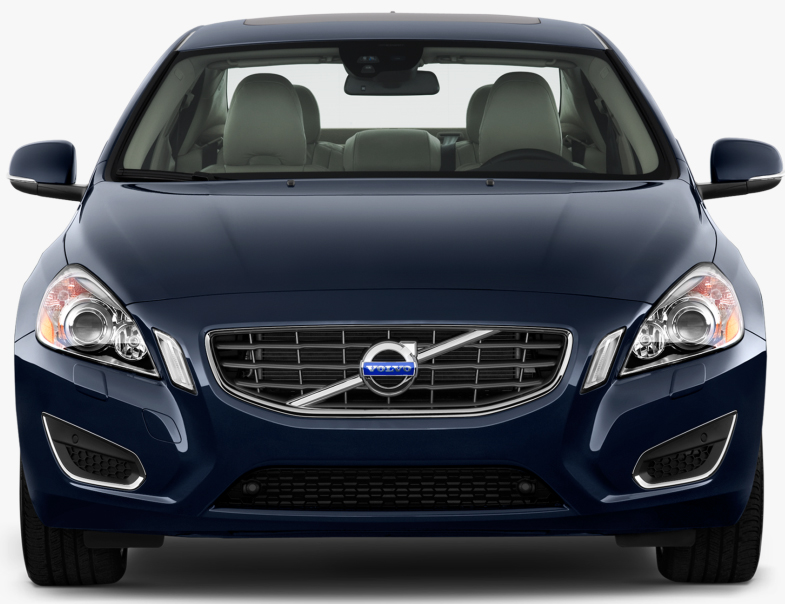 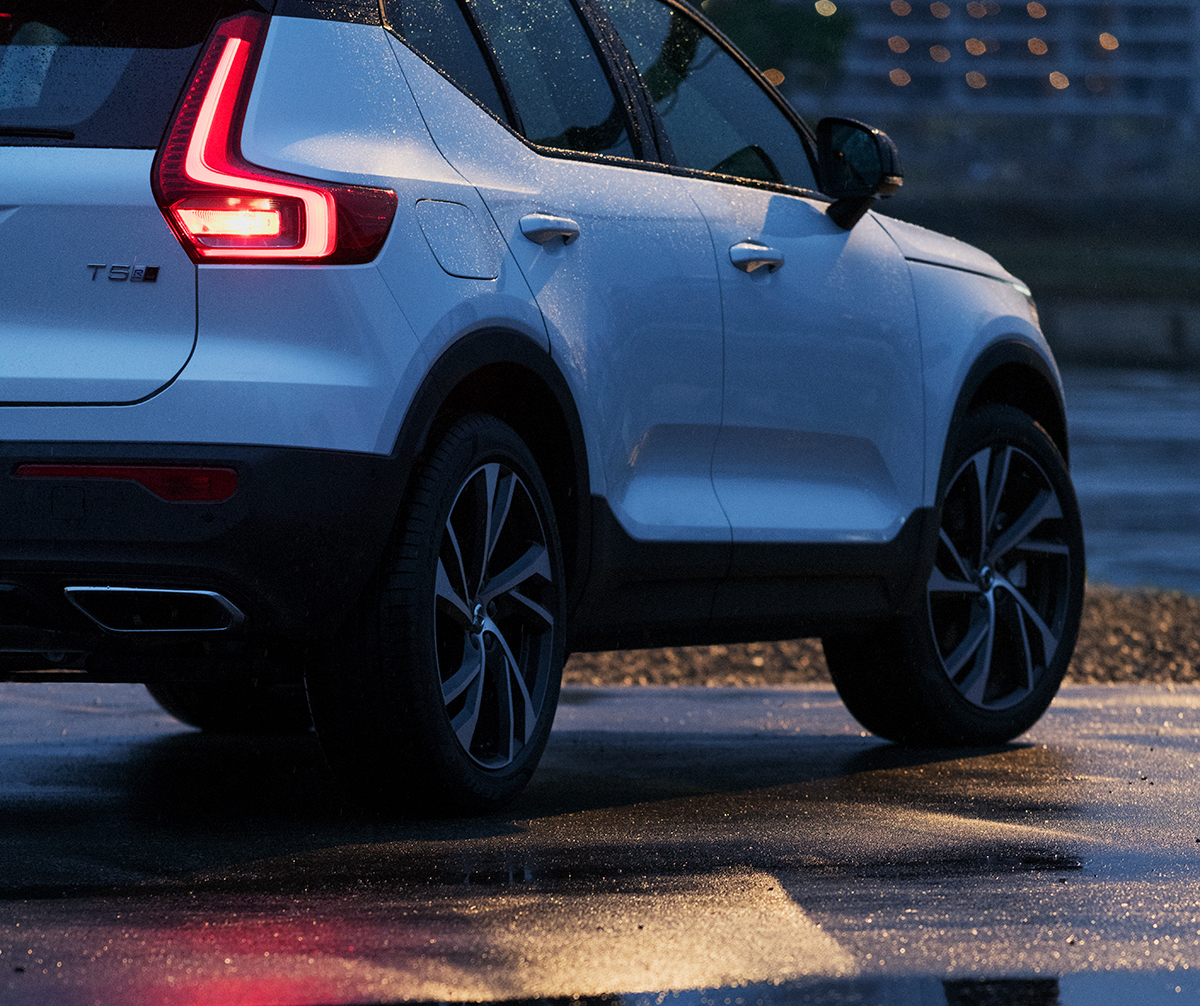 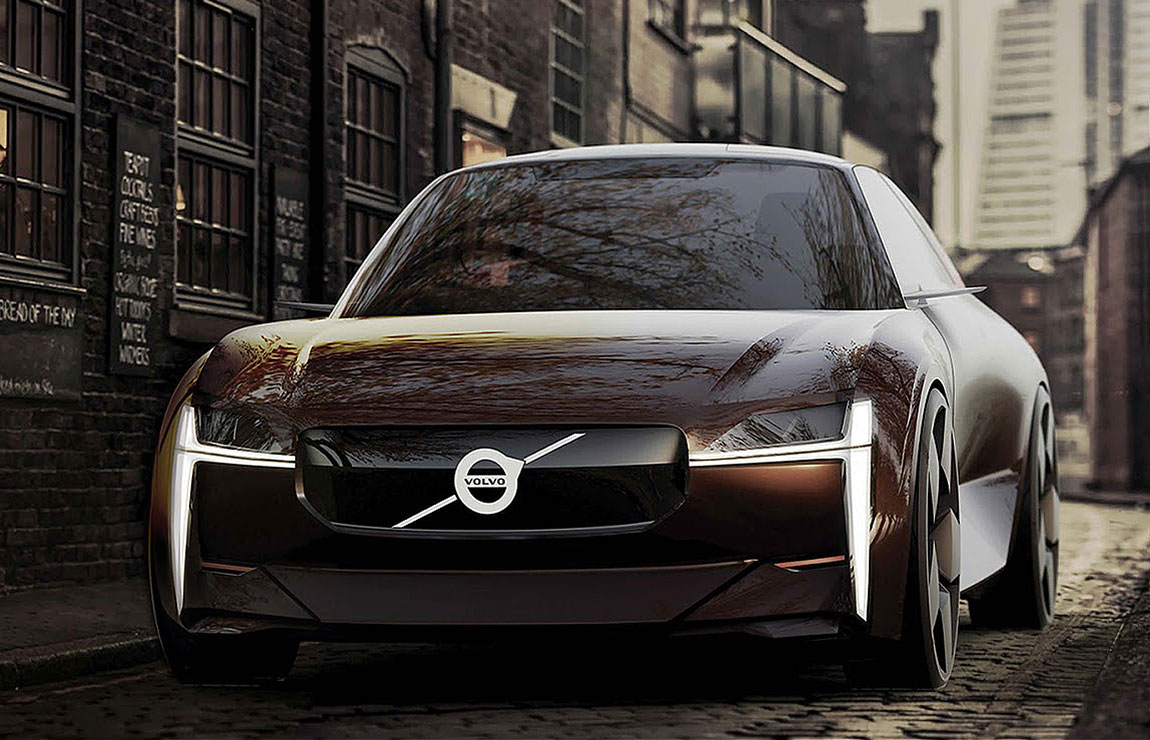 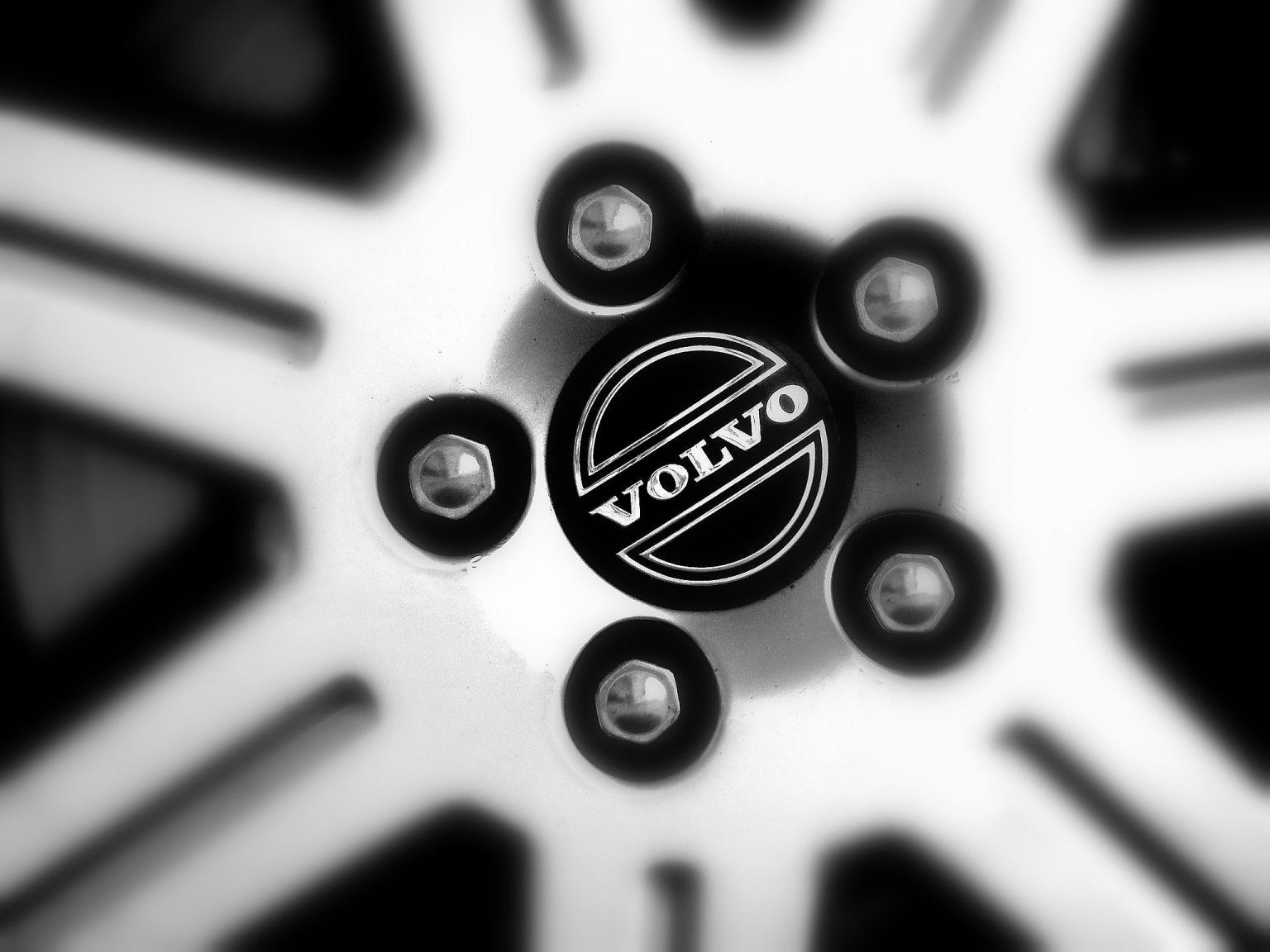 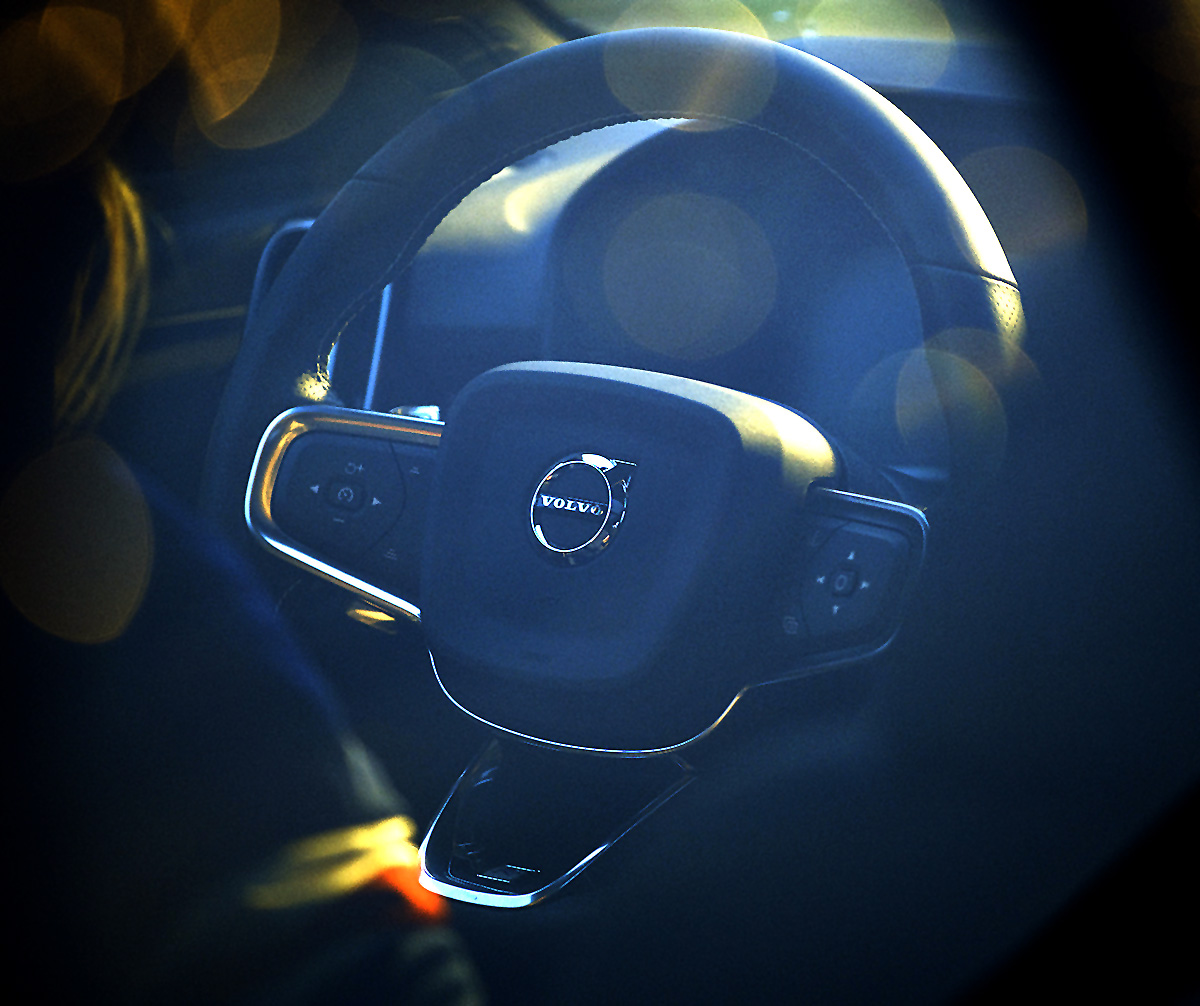 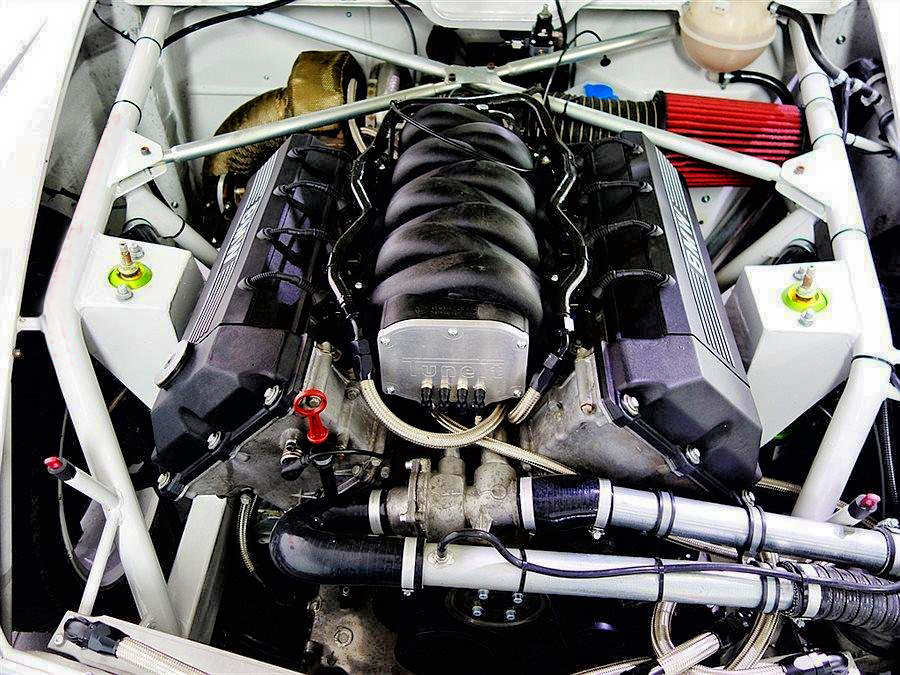 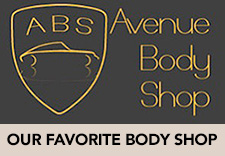 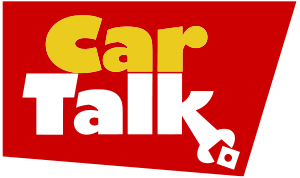 Top 10 Websites To Search For Abdominal Dilation Bodybuilding where to buy steroids online learn exactly how i improved bodybuilding with proviron in 2 days – efn-aepn.